This post is #39 in a year-long series ... Through this series of posts I plan to share our family's experiences during our 17-year-old daughter's year-long battle with brain cancer, which began in February of 2008. My desire is to process through the events of that year from the perspective that a decade of time has brought ... for myself, really. But if you'd like to follow along, you're welcome to join me. 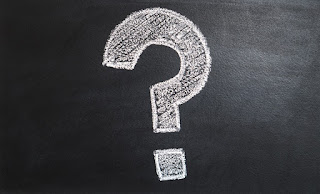 One of the constant battles I had to fight during Hannah's illness was a recurring chorus of "What Ifs". When we first found out she had a brain tumor, it was "What if the surgery causes brain damage?" or "What if they can't get it all?" Once she got through the surgery with no lasting complications and they indeed got it all, the "what ifs" changed to "What if the chemo makes her really sick?", "What if the radiation causes new health problems in the future?" or "What if her cancer comes back?" After the cancer returned, the "what ifs" multiplied exponentially...especially with the location of her new tumors on her brainstem and spinal cord..."What if she loses the ability to walk?", "What if she loses her vision?", "What if she starts having seizures?" or even "What if she doesn't survive?"

I reached the point where it seemed like I was spending all my time dwelling on the "What Ifs". And God had to gently remind me that this was not how I should be spending my time. Instead, I needed to give him the "What Ifs" and begin savoring every moment I had with Hannah. Not that it was easy ... it was not easy at all ... and it required a continual, conscious decision to put the "What Ifs" into His hands and live one day at a time. I had never really understood the concept of "one day at a time", and had certainly never lived it, until that point. As Hannah's health deteriorated, it became one hour at a time, and sometimes even one minute at a time. I really think it was that focus that made the last couple of months of Hannah's life not only survivable, but even, at times, enjoyable for us.

People often commented on our "strength" during Hannah's illness and death, but this is a misunderstanding of God's grace. What appeared to be strength was actually human weakness bolstered by total dependence on God.

A a few months after Hannah went to Heaven, we had the privilege of sharing her story at a church in Mountain Home, and after the service we visited with a gentleman who had lost his wife to cancer after many years of marriage. Our visit was brief, because there were many others waiting to speak to us that night, and a few days later, he emailed us to share a little more of his story. He ended his email with this statement:

"God, in His infinite wisdom, created us with the ability to survive these heartaches."

What a simple, yet profound statement!  I am so grateful for that truth ... I have experienced it in my own life.


Walking wounded we press on,
Our scars but badges of Your grace,
Our fragile frames Your dwelling place.
Our hearts renewed though strength be gone.
Jars of clay beneath a blow,
Broken to let your glory show.
~Author Unknown
Written by The Sullivan Four at 6:11 AM