This post is #40 in a year-long series ... Through this series of posts I plan to share our family's experiences during our 17-year-old daughter's year-long battle with brain cancer, which began in February of 2008. My desire is to process through the events of that year from the perspective that a decade of time has brought ... for myself, really. But if you'd like to follow along, you're welcome to join me. 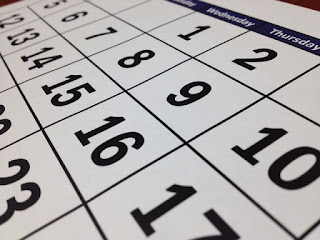 Today's post is the email I sent out on this date ten years ago.  The group of people who received our emails had already grown exponentially from the first one I sent on February 20, 2008.  I was amazed by how many people were interested in following Hannah's journey and who prayed for us throughout that year ... What a blessing that was (and still is)!

Today marks one month since Hannah’s brain tumor was removed, and things are going very well. Yesterday we met with the oncologist, who is very pleased with her progress, and today we met with the radiologist, who told us that the radiation treatments are also going well. Hannah has had a little bit of nausea, on and off, and some mild fatigue. She has completed nine radiation treatments, and has had eight doses of chemotherapy. She has not lost any hair, and so far has not had any skin irritation from the radiation. We are so thankful for all of these blessings, and for your continued prayers and encouragement.

God is good, all the time.

Brad and Jill
Written by The Sullivan Four at 3:08 PM