This post is #21 in a year-long series ... Through this series of posts I plan to share our family's experiences during our 17-year-old daughter's year-long battle with brain cancer, which began in February of 2008. My desire is to process through the events of that year from the perspective that a decade of time has brought ... for myself, really. But if you'd like to follow along, you're welcome to join me. 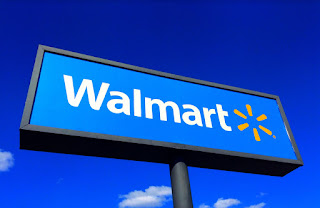 Hannah's recovery from her surgery was continuing nicely.  Some of her teachers visited her on this date and brought her some schoolwork so she could begin getting caught up on what she had missed.  We were blessed to be a part of an amazing school district ... Hannah's teachers were more like members of our extended family than merely educators, and we enjoyed their visit to our home that day.  Hannah was happy to see them and to get caught up on all the school gossip.  As soon as they left, she jumped right in and started her schoolwork.  She had long ago set a goal to be the valedictorian of her class, and she had been worrying about falling too far behind!

We had been notified that our first appointment at CARTI had been set for March 10th.  On that date, we would meet with the radiologist for the first time and learn the details of her upcoming radiation treatments.  We really had no idea what would be involved, but we were ready to get started.  Whatever it took to keep this monster from returning, we were in!

In the meantime, we had to keep living life.  I clearly remember going to Walmart for the first time after Hannah was diagnosed. I felt so changed inside I actually wondered if people could tell that my daughter had cancer just by looking at me!  I was sure it was written all over my face. But, of course, no one could tell.  I still smiled and spoke coherently ... I still functioned just as I always had ... but I was profoundly changed inside.

Then it struck me that Walmart had to be full of people like me ... people who appeared fine on the outside, but were experiencing raging storms on the inside.  I suddenly felt like God was giving me a glimpse of others through His eyes. The Brandon Heath song, "Give Me Your Eyes" was being played all the time on Christian radio at that time, and I could certainly relate to its message.  For the first time in my life, I felt like I was actually "seeing" people.

Also, around that time, my Uncle Joe emailed me a poem. It's lengthy, but is such a great description of what I was feeling at that time:


"I did not know His love before,
the way I know it now.
I could not see my need for Him,
my pride would not allow.
I had it all, without a care,
the "Self-sufficient" lie.
My path was smooth, my sea was still,
not a cloud was in my sky.

I thought I knew His love for me,
I thought I'd seen His grace,
I thought I did not need to grow,
I thought I'd found my place.
But then the way grew rough and dark,
the storm clouds quickly rolled;
The waves began to rock my ship,
my anchor would not hold.

The ship that I had built myself
was made of foolish pride.
It fell apart and left me bare,
with nowhere else to hide.
I had no strength or faith to face
the trials that lay ahead,
And so I simply prayed to Him
and bowed my weary head.

His loving arms enveloped me,
and then He helped me stand.
He said, "You still must face this storm,
but I will hold your hand."
So through the dark and lonely night
He guided me through pain.
I could not see the light of day
or when the storm might wane.

Yet through the aches and endless tears,
my faith began to grow.
I could not see it at the time,
but my light began to glow.
I saw God's love in brand new light,
His grace and mercy, too.
For only when all self was gone
could Jesus' love shine through.

It was not easy in the storm,
I sometimes wondered, "Why?"
At times I thought, "I can't go on."
I'd hurt, and doubt, and cry.
But Jesus never left my side,
He guided me each day.
Through pain and strife,
through fire and flood,
He helped me all the way.

And now I see as never before
how great His love can be.
How in my weakness He is strong,
how Jesus cares for me!
He worked it all out for my good,
although the way was rough.
He only sent what I could bear,
and then He cried, "Enough!"

He raised His hand and said, "Be still!"
He made the storm clouds cease.
He opened up the gates of joy
and flooded me with peace.
I saw His face now clearer still,
I felt His presence strong,
I found anew His faithfulness,
He never did me wrong.

Now I know more storms will come,
but only for my good,
For pain and tears have helped me grow
as naught else ever could.
I still have so much more to learn
as Jesus works in me;
If in the storm I'll love Him more,
that's where I want to be!"

~Author Unknown
Written by The Sullivan Four at 2:47 PM