This post is #44 in a year-long series ... Through this series of posts I plan to share our family's experiences during our 17-year-old daughter's year-long battle with brain cancer, which began in February of 2008. My desire is to process through the events of that year from the perspective that a decade of time has brought ... for myself, really. But if you'd like to follow along, you're welcome to join me. 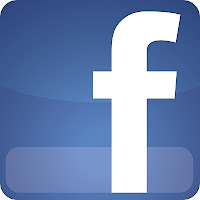 You can learn a lot about a person by looking at their Facebook page ... sometimes more than you really want to know!  Today I want to give you a little glimpse into Hannah's personality through her page.

Hannah started her Facebook membership in April of 2007, when she was 15, and a sophomore in high school.  At that time the majority of her statuses revolved around doing things with her family ... celebrating holidays and birthdays, shopping, hunting, and watching Razorback football on TV. The rest of her statuses were school-related ... homework, test grades, and Magnet Cove Panther sporting events.

After her cancer diagnosis, she posted frequently about her treatments, but almost always in a positive light.  I'll be sharing some of those as I blog through this year.  Her last post was on November 22, 2008, and said, "Hannah Sullivan is happy because I don't have to be isolated anymore!" (She'd been isolated for awhile due to very low immunity.)  After that, she accepted some friend requests and joined some groups, but she never posted again.  Her close-up vision was deteriorating rapidly, and it was just too difficult for her to type or use her phone.  Many, many wonderful people posted messages of encouragement on her wall over the months of her illness, and those messages will always be treasured by our family.

What's really amusing to me were the groups she joined during her time on Facebook.  Hannah was very politically aware and she was a member of the following groups ... I'm sure you'll be able to guess her political persuasion as you read them:

--Stop Hillary Clinton (One Million Strong Against Hillary) - This was during Hillary's first presidential campaign!
--Stop Barack Obama (One Million Strong and Counting)
--Mitt Romney Will Bring America Back
--Mike Huckabee for President 2012
--The Clinton Presidential Library Looks Like a Trailer House - This one makes me literally LOL!

I can only imagine what she would think about today's political climate!

In the "Likes and Interests" section on her Info page (where most teenagers put things like hanging out with friends, playing sports, cheerleading, etc.) she instead has three people listed: John McCain, Mike Huckabee, and Sarah Palin.  I promise you, we did not brainwash this child!

I thought these were some funny groups for her to join:

She was a member of two groups that were set up in her honor:

There was also a third group, which she never had the opportunity to join:

--Hannah Sullivan Is My Hero and Inspiration

Her membership in this group makes me sad:

And her membership in this group makes my heart melt:

--I Will Always Love My Momma

But what really makes me happy is what she has listed under her Bio on her Info page:

"I love Jesus, and I try to live for Him every day!"

Makes this Momma proud!  💕
Written by The Sullivan Four at 3:36 PM

I love this! I am going to sift through my daughter Sawyer`s social media accounts looking for those kinds of treasures. I read your posts every morning. Thank you for letting us get to know Hannah this way.

Thank you for your kind words, "DonMarie." I hope you find some wonderful treasures in Sawyer's social media accounts! <3