This post is #27 in a year-long series ... Through this series of posts I plan to share our family's experiences during our 17-year-old daughter's year-long battle with brain cancer, which began in February of 2008. My desire is to process through the events of that year from the perspective that a decade of time has brought ... for myself, really. But if you'd like to follow along, you're welcome to join me. 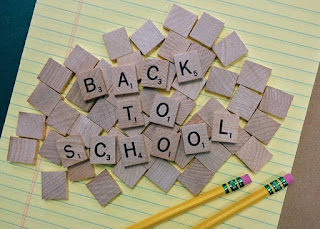 This was a momentous day in Hannah's recovery process because she was able to return to school for the first time since her brain surgery on February 25th.  I remember being amazed that she was back in school less than three weeks after such a major surgery.  We took it as a good indication that our lives would soon be back to normal ... or at least as normal as they could be following a cancer diagnosis.

My email update from that day is below ... As you can see, as Hannah was recovering, Bethany was still struggling with health issues of her own.  Also, I can't help but notice the reference to American Idol in this email.  It seems so ironic that we are now witnessing the reboot of American Idol ten years later.

Just a quick update tonight…Hannah was able to return to school today for the first time since she became sick about a month ago, and she had a great day! She felt really good all day (she is taking an anti-nausea medication) and spent her evening catching up on school work and watching American Idol. I think she really enjoyed feeling back to normal.

Bethany’s pink eye is just about cleared up, but it seems that this infection has brought back some of her fatigue from mono. We brought her home from school early and she spent the evening lying on the couch, hopefully regaining some of her energy.

Thank you again for all of your prayers and encouraging cards, emails and phone calls. We appreciate each and every one! We are trusting God for a good first radiation treatment for Hannah tomorrow.

God is good, all the time!
Jill and Brad
Written by The Sullivan Four at 3:24 PM

Leah and I used to watch the X-Factor together every week - I haven't felt able to watch it since she died! 💔

I understand, Victoria ... Those kinds of things can be so hard!