This post is #36 in a year-long series ... Through this series of posts I plan to share our family's experiences during our 17-year-old daughter's year-long battle with brain cancer, which began in February of 2008. My desire is to process through the events of that year from the perspective that a decade of time has brought ... for myself, really. But if you'd like to follow along, you're welcome to join me. 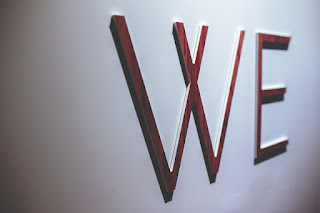 On this date ten years ago, Hannah made the following post on her Facebook page:  "I'm happy that I have had no side effects from treatment so far!"

Thankfully, she was right.  Of course, at that point, we'd only been taking the Temodar for two days and had had six radiation treatments.  But hey, so far, so good.

Did you notice what I did a couple of sentences ago?  I said "we'd" been taking Temodar instead of "she'd" been taking Temodar.  As I've been writing these blog posts, I've been censoring myself to avoid using the word "we" in describing Hannah's experiences, even though my default is to use the plural pronoun.  I just wasn't sure if most readers would understand.

As I've talked with many parents whose children have battled pediatric cancer (or other chronic medical conditions), I've found that "we" is typically their pronoun of choice as well.

It's always, "We had an MRI the other day and it was all clear!"  Or, "We spent last week in the hospital with neutropenia."  Or, "We're going to start a new kind of chemotherapy this week."  Or, "We only have ten more radiation treatments to go!"  Or, "We will be starting hospice care soon."

When a child has cancer, the entire family is involved.  An onlooker may see only the child receiving a chemotherapy drip or sleeping in a hospital bed ... but I can promise you, every member of that child's family are right there beside him.  It may look like the child is lying alone in an MRI scanner or on a radiation table ... but in truth, her mom, dad, and siblings are lying right there with her.

In a pediatric cancer battle, it's all about the "we."
Written by The Sullivan Four at 4:19 PM