Get any group of bereaved parents together, and the topic inevitably comes up.

I bet you can guess what it is ... Yep, it's The Things People Say.  Every parent who has lost a child has been hurt (almost always unintentionally) by something that's been said in an effort to comfort them.

Sometimes it's The Things People Don't Say.  Every parent who has lost a child has also been hurt by someone who has avoided them, or who said nothing to them in an effort not to say the wrong thing.

We often discuss this topic at our While We're Waiting events.  In fact, our March WWW support group meeting was focused entirely on this topic.  We all go around and share our horror stories of the "At least you have other children", "Aren't you glad she's in a better place", "I understand how you feel, my dog died last week", and "Don't you think you should be back to normal by now" comments we've heard.  And maybe surprisingly, we laugh about them.  I mean, those poor people .. they just can't help themselves!

After we've talked about the dumb things for awhile, we always try to turn it back to the positive by discussing some of the good things people have said and done for us.  And it's very heartwarming to hear those stories.  There are many, many wonderful people out there who have been the hands and feet of Christ to us.

In light of that, I want to share three "gifts" I recently received ... all from different people, and each one from given without the giver realizing their significance.

1.  A couple of months ago, Brad and I were invited to have dinner in the home of some missionaries who are here in Hot Springs on furlough.  We went to college with this couple, but we've lost touch with them over the years.  Over a yummy Mexican dinner, we discussed lots of things ... their ministry in Canada, our daughter's wedding, their adoption of a beautiful little boy from Africa, my husband's role as a school administrator.  After dessert, we sat down in comfortable chairs in the living room, and they said, "So, tell us about Hannah", and then they settled in and prepared to listen.  What a gift!  You know, we tell Hannah's story all the time, but it's always in the context of a ministry situation ... a retreat, a support group meeting, or from a stage in front of an audience.  Here was a couple who simply wanted to know about Hannah ... who she was, what she liked and disliked, how she dealt with her cancer diagnosis.  What a blessing it was to talk about our girl freely, openly, comfortably, with another couple who just wanted to listen.

2.  A few weeks ago on a Sunday morning, our While We're Waiting team had the opportunity to speak at our home church.  It was wonderful to be able to share our testimonies and the WWW ministry with our church family.  We were able to unveil the plans for the While We're Waiting Refuge for the first time that morning ... something we were very excited about doing.  A few days later we received a note in the mail from a gentleman who is an incredibly faithful card writer and prayer warrior.  The first line of his card said, "Tears and Cheers!" and then he went on to say that he was praying for the four of us and our ministry.  But the "Tears and Cheers" statement is what caught my eye.  He was acknowledging that even though the growth of the WWW ministry is something to cheer about, it comes at a price ... the tears of missing our children.  That recognition was a gift.

3.  The third gift was given on that Sunday morning when we shared at our church.  The invitation had been given (One person gave their life to the Lord!), the offering had been taken, and the service had ended.  We stood around and talked with people for a long time afterward, and finally most folks had headed for the doors.  I began to gather up my things and get prepared to leave, when suddenly a sweet lady approached me, laid her hand on my arm, leaned in close, and gave me a gift.  She quietly said, "I still cry for you."  I was dumbfounded, and all I could think of to say was, "You do?"  She said, "Yes, I still cry for you," and then she slipped away.  Five words.  But, oh, how much that meant to me, to think that after six years ... someone still cries for me.

As I said, I don't think any of these folks recognized how profoundly their statements and actions affected me.  They don't even know how priceless their gifts were.  There's a pretty good chance they will each be reading this blog post, though, so they do now.  So let me take this opportunity to thank you for loving me well.  I will never forget the gifts you gave me.

Written by The Sullivan Four at 8:38 PM 2 comments 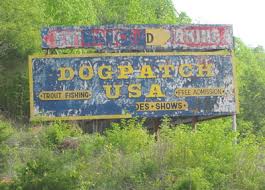 Anyone who grew up in Arkansas in the seventies or eighties probably made at least one trip to Dogpatch USA when they were a kid.  Dogpatch was an amusement park which opened in 1968, and was based on the comic strip Li'l Abner.  It was nestled deep in the woods of northern Arkansas and featured a number of attractions and rides. The developers believed it would rival Disneyland in popularity one day, and though it never quite achieved that status, it drew a pretty good crowd in its heyday.  It featured hillbilly-themed attractions, such as Rotten Ralphie's Rick-O-Shay Rifle Range and a roller coaster called Earthquake McGoon's Brain Rattler. One fun feature was that instead of garbage cans, the park had "trash eaters" -- mechanical pigs and goats that would suck the trash right out of the visitors' hands. To a kid, it was a downright awesome place to spend the day.

Over the years, Dogpatch changed hands several times as it struggled financially.  It finally closed in October of 1993.  Efforts are now being made to revitalize it, but for the most part, it has lain abandoned all these years.

There's something very sad and even eerie about an abandoned amusement park ... 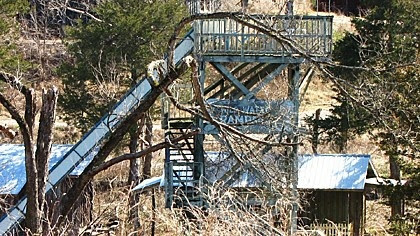 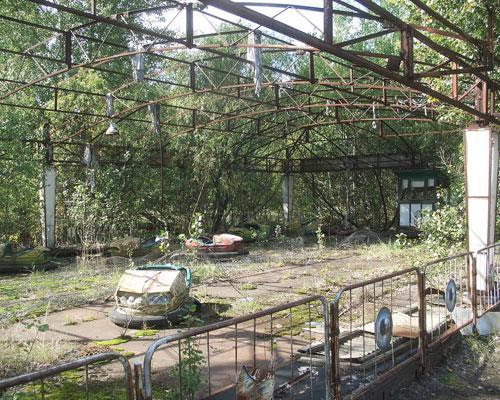 A place that was once known for bringing joy ... now dilapidated and overgrown with weeds and vines.  A place once filled with rambunctious, laughing children ... now quiet and still.  A place where fun family memories were once made ... now just a faded memory itself.

Grief can make us feel that way too.

Like time has marched on and left us behind.

Like our opportunity to make good memories is gone forever.

And you know what?  If it was up to us to do life in our own strength, these things would all be true.

But here's the promise from God's Word ...

" ... We have this treasure in jars of clay to show that this all-surpassing power is from God and not from us. We are hard pressed on every side, but not crushed; perplexed, but not in despair; persecuted, but not abandoned; struck down, but not destroyed."  (2 Corinthians 4:7-9)

On my own, I'm a jar of clay ... just like a crumbling, ramshackle attraction at a neglected theme park. But I have a treasure within me ... the power of God.  And because of that power, I can be hard pressed, but not crushed; perplexed, but not in despair; struck down, but not destroyed.  And I will never, ever be abandoned.

All of the things I listed above are feelings.  The truth is that God has not abandoned us, and He will give us strength for each challenge we face.  There is still joy to be found, good memories to be made, and friendships with those who "get" us waiting to be developed.  He won't let us be choked out by briars and nettles if we continue to seek Him.  Life will never leave us behind if we remember that His mercies are new every morning.

And there's no amusement park on earth that can compare to what is awaiting us in Heaven!  What a beautiful hope to cling to on those days when we may be feeling a bit forsaken.

Written by The Sullivan Four at 3:40 PM 1 comments