This post is #30 in a year-long series ... Through this series of posts I plan to share our family's experiences during our 17-year-old daughter's year-long battle with brain cancer, which began in February of 2008. My desire is to process through the events of that year from the perspective that a decade of time has brought ... for myself, really. But if you'd like to follow along, you're welcome to join me. 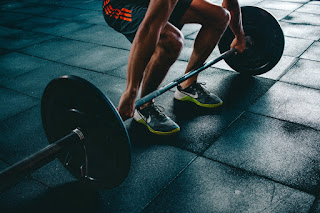 On this date in 2008, the evening after completing her third radiation treatment, Hannah posted this on her Facebook page:  "I am a much stronger person."

Prior to February 20th, when she found out she had a brain tumor, Hannah was ... let's see, how can I say this nicely?  A worry wart.  A nervous Nellie.  A glass half empty kind of person.

If she missed five points on a test, she worried that she might get a B in the class.  If there was a thunderstorm in the area, she was sure a tornado was on its way.  If she had a hangnail, she was concerned it might get infected.  If Bethany stepped two feet away from us in Walmart, she was scared we were about to lose her.

But from the day of her diagnosis on, God gave Hannah a special grace that enabled her to face her situation without fear.  She never questioned what God was doing or asked, "Why me?"  Her strength in the face of overwhelming odds never wavered, and her nervous Nellie nature never reappeared.

I believe much of that was due to the fact that God had already started preparing for this when she prayed for a storm.  While we were still dealing with shock and awe of her diagnosis, she had already quietly accepted it as an answer to her prayer.

She sure did make her Mom and Dad proud.
Written by The Sullivan Four at 7:05 PM