This post is #24 in a year-long series ... Through this series of posts I plan to share our family's experiences during our 17-year-old daughter's year-long battle with brain cancer, which began in February of 2008. My desire is to process through the events of that year from the perspective that a decade of time has brought ... for myself, really. But if you'd like to follow along, you're welcome to join me. 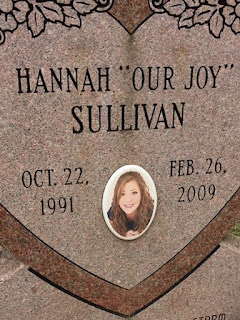 The ninth of March found us looking forward with anticipation to Hannah's first appointment with the radiation oncologist at CARTI the next day.  We really didn't know what to expect, but we were ready to get it behind us.


Let's go back to the very beginning today ...

On Valentine's Day in 1991, Brad and I went out to eat at a Chinese restaurant in Fayetteville. We didn't often go out to eat, because we were both full-time graduate students and money was tight, but it was Valentine's Day!  I remember this dinner mainly because of the message I received in my fortune cookie that night: "A happy event will soon take place in your home." (Or something very similar to that...it was over 27 years ago!)  I remember us laughing and discussing how we hoped that meant that I would soon get pregnant.  Now, I don't believe in the future-telling abilities of fortune cookies, but within a couple of weeks, the stick turned blue.  We were thrilled!  The timing was perfect...we would both graduate in August, and our baby was due in early November.

The next several months seemed to crawl by as we wondered if we were going to have a boy or a girl. Finally it was time for the ultrasound...and the baby wouldn't cooperate. The technician could not even guess whether it was a boy or a girl. And of course, the ultrasounds 27 years ago were not anything like they are today! So we spent a lot of time discussing names. We picked out a boy's name that we both liked pretty easily, but choosing a girl's name was a little more difficult.  Just a few days before the baby arrived, we finally decided on Hannah Joy.  At that time, Hannah was not a common name ... it was actually considered a rather old-fashioned name. Since then, of course, it has exploded in popularity ... there are little Hannahs everywhere.  Apparently we started a trend!

When we chose the name, though, we were thinking of the story of Hannah in First Samuel.  Hannah was barren and prayed and begged God for a child.  She even made a bargain with God ... If He would only give her a son, she would give Him back to God to serve him all the days of his life. God answered her prayer and gave her a son who she named Samuel.  Can you imagine her joy?  But after Samuel was weaned, she kept her promise, saying, "I prayed for this child, and the Lord has granted me what I asked of Him.  So now I give him to the Lord.  For his whole life he will be given over to the Lord."  Of course, when we named our daughter Hannah Joy, we had no idea how our experience with her would reflect that of the biblical Hannah and her son Samuel.

Hannah loved her middle name ... she had her first and middle names both put on the back of her letter jacket.  We often called her Hannah "Our Joy", even putting that phrase on her headstone.  The name fit her so well ... she had a quiet joy about her all the time, even as her health and strength left her. And this joy was apparent to all those who knew her.  When asked what they remember most about her, the most common response people give is "her smile."  And the joy she brought to our home ... Indescribable!  I'm so thankful God gave us the privilege of being her parents.
Written by The Sullivan Four at 2:27 PM