This post is #70 in a year-long series ... Through this series of posts I plan to share our family's experiences during our 17-year-old daughter's year-long battle with brain cancer, which began in February of 2008. My desire is to process through the events of that year from the perspective that a decade of time has brought ... for myself, really. But if you'd like to follow along, you're welcome to join me. 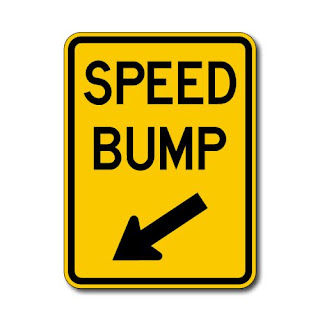 At this point in treatment, we could not have foreseen how much of a battle Hannah would have maintaining her platelet levels.  Low platelets caused ongoing issues for her the entire year she was sick.  But at the time, we had no reason to believe this was anything other than a little speed bump that would quickly be resolved.

My email from this date ten years ago ...

Hannah had another blood draw today to check her platelet level. Our favorite nurse was not there…so she had to be “stuck” twice and they were still not able to get a vein! They finally did a finger prick and got enough blood drop by drop to get a platelet count. We were a little bit disappointed to find that her counts had actually dropped slightly since Monday. It took so long to get Hannah’s blood that we were late to her radiation appointment by the time they got the results back, so we basically had to run out the door as soon as we heard them, and did not have an opportunity to talk to the doctor. Apparently, the doctor was not overly concerned by the drop, since she let us leave and did not feel it was necessary to come out and talk to us. We will go back on Monday for our regular weekly appointment. In the meantime, Hannah is off her chemotherapy drug, which I think she is enjoying.

We are so thankful for several things:

--Hannah has felt better today than she has all week...very little nausea this morning!

--She made it through both days of her geometry exam and feels that she did well.

--She has been able to remain in school throughout her treatments.

--Although her hair has thinned a great deal, she still has her hair!

--God has provided His peace to Hannah and to all of our family throughout the last two months.

--We are thankful for all the friends, family, and even strangers who have been lifting us up in prayer.

--We are thankful that God is good, all the time!
Written by The Sullivan Four at 9:15 AM