This post is #71 in a year-long series ... Through this series of posts I plan to share our family's experiences during our 17-year-old daughter's year-long battle with brain cancer, which began in February of 2008. My desire is to process through the events of that year from the perspective that a decade of time has brought ... for myself, really. But if you'd like to follow along, you're welcome to join me. 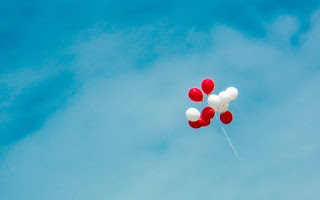 Even after ten years, I remember clearly the weight that lifted off my shoulders when we received the news below.  After two months of balancing the twin burdens of daily radiation and chemotherapy treatments, the news that they had come to an end sooner than we expected was a reason to rejoice!  I do remember having a little bit of a question in my mind regarding the wisdom of discontinuing the chemo early, but we had confidence in the doctor's decision.  And, oh, such a relief to think of getting back to some sense of normalcy in our family!  I literally felt a lightness in my spirit that I hadn't experienced in a long time.

My email from this date ten years ago ...

We have many blessings to share with you today, our dear prayer warriors! Today marks two months since the surgery to remove Hannah’s brain tumor, and God has been so good to us!  This was Hannah’s last day of radiation … and we just found out that it is also her last day of chemotherapy, at least for another month!

As you know from the updates, her platelet count has really dropped over the last week. She had new blood work done yesterday, but we weren’t able to stay long enough to visit with the doctor because we had to hurry to our radiation appointment. So this morning I called the clinic to talk with the nurse and find out the details about the platelet situation. She told me that Hannah’s platelets are at 31,000, and they don’t even consider giving platelets until they drop to less than 21,000 (Normal is 150,000 – 400,000.)

Then she told me that the doctor has decided that she can discontinue her chemo drug for now (she only had nine days left out of 42). He believes she has had enough of it for now, and that after her MRI on May 19th, her platelets should have rebounded enough to begin the 5-day-per-month chemo drug. This will be the same drug she’s been taking, just a slightly higher dose. She will take this drug five days per month for ten months. And…yet another blessing…she can begin getting her weekly blood work done in Hot Springs, instead of going to the oncology clinic at Children’s every Monday. That means (Lord willing!) we won’t have to make another trip to Little Rock until May 19th!

So, at least for the next few weeks, Hannah will be treatment-free, and we look forward to her regaining her energy and strength. She has truly amazed us with her positive attitude and her quiet faith through the last two months. Your prayers and encouragement have been a big part of that.

“…Suffering produces perseverance; perseverance, character; and character, hope. And hope does not disappoint us, because God has poured out His love into our hearts…” Romans 5:3-5 NIV

God is good, all the time!
Jill and Brad
Written by The Sullivan Four at 12:01 PM