This post is #116 in a year-long series ... Through this series of posts I plan to share our family's experiences during our 17-year-old daughter's year-long battle with brain cancer, which began in February of 2008. My desire is to process through the events of that year from the perspective that a decade of time has brought ... for myself, really. But if you'd like to follow along, you're welcome to join me. 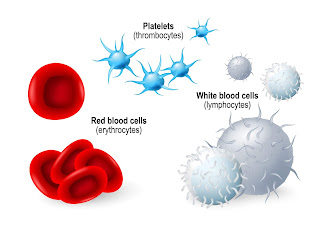 Hannah's facebook status from ten years ago today ... "Hannah is enjoying being home after the annoying day of another platelet transfusion."

Hannah rarely complained, so this expression of annoyance revealed a lot about how she felt about platelet transfusions.  She had battled platelet issues off and on throughout the early months of her treatment, and once again, low platelets were becoming an ongoing problem.

My email from a decade ago recaps the weekend of early birthday surprises and hair loss, and gives some additional details about her blood work issues ...

Today was a very busy day of appointments and treatments. We arrived at Children's Hospital at 9:30 a.m. for our usual Monday blood work and meeting with the oncologist. Her blood work showed very low platelets (16,000--normal is between 150,000 and 400,000) and a fairly low white blood count (0.89--normal is between 4.5 and 13.0). So, she had to get an infusion of platelets before they would let us go over to CARTI for her radiation treatment. We were able to leave the hospital and go eat lunch while we were waiting for the platelets from the blood bank, then returned for the approximately 1 1/2 hour infusion process. After that, we went for her radiation treatment, which was the 13th out of 20. We finally got home just a little while ago.

I must share a little bit about our wonderful weekend. Hannah received some amazing gifts this weekend from two groups of people...one gift was from our immediate and extended family (a laptop computer) and the other gifts were from the El Dorado High School Class of 1985--Brad's graduating class (a TV, DVD player, Ipod, and videos). And these gifts are in addition to all the financial assistance, meals, cards, etc., that we have received in recent weeks...We have simply been overwhelmed with the generosity of people as we have been traveling this journey!

The timing of these gifts was incredible, as well, because on Sunday evening, after all the gifts had been opened and all the family had gone home, Hannah took out her ponytail and lost most of her hair. I really believe the love and support that she has been shown over these last several days and weeks helped to soften the blow of that experience. She wore her wig today as we went through our day's activities, and has said that she is actually relieved to have the hair loss behind her now. Her faith is strong in the One who tells us that, "Indeed, the very hairs of your head are all numbered...." (Luke 12:7).

Please continue to pray for her as she adjusts to her new appearance, and for protection from infections and illness with her immunity so low. Apparently, the spine has a lot to do with the production of blood cells, and since that's where she's receiving the majority of the radiation, she will continue to have problems with platelet and white blood cell production. Thankfully, her red blood cell counts and iron counts are within the normal range. If they were low, she would probably feel a lot worse. She also continues to have a constant sore throat, but again, we are thankful that her appetite is good and it hasn't caused her too much trouble with swallowing.

Thank you so much for your faithful prayers. They help us to renew our strength on a daily basis and remind us that He is good, all the time!

"Those who hope in the Lord will renew their strength. They will soar on wings like eagles; they will run and not grow weary, they will walk and not be faint." Isaiah 40:31

Brad and Jill
Written by The Sullivan Four at 3:02 PM