This post is #11 in a year-long series ... Through this series of posts I plan to share our family's experiences during our 17-year-old daughter's year-long battle with brain cancer, which began in February of 2008. My desire is to process through the events of that year from the perspective that a decade of time has brought ... for myself, really. But if you'd like to follow along, you're welcome to join me. 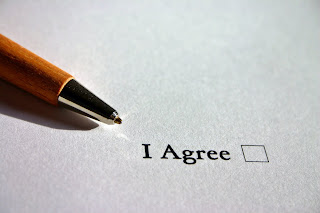 That Sunday was another day full of visitors, especially in the afternoon after church time.  Bethany was well enough to come spend the day with us, which was something both girls enjoyed.  Hannah was also feeling well, thanks to the effects of the steroids, and the girls spent a lot of time playing Tetris on the video screen beside her hospital bed when they weren't talking with visitors.

Late in the afternoon after the visitors had dispersed, our surgeon dropped by the room to talk with us and have us sign some consent forms.  He told us that surgery was scheduled for 7:30 the next morning, which took my breath away a little bit.  Up until that point, it had been easy to think of the surgery as "some time in the future".  The past few days of visitors had kept us busy ... busy to the point that we could almost forget why we were there!

He explained to the four of us that the surgery would be done with Hannah in a seated position and that she would be on a ventilator throughout the surgery.  They would go in through the back of the skull, and he assured her that they would not have to shave her entire head, just the part around her incision.  She had been worried about them shaving her head ever since Tommy told her she had a brain tumor, so she was very happy to hear that!

We were ready to sign the forms and get on with this thing, but he said he needed to review the risks with us first.  We steeled ourselves and listened to a litany of possibilities, as our girls' eyes grew wider and wider.

And then, "Sign here and we'll be ready for surgery in the morning."

How does a parent sign a consent form for that?  How does a parent willingly subject their otherwise healthy child to those types of risks?  I mean, the tumor wasn't causing that much trouble ... some headaches, a little nausea ... couldn't she just live with it?

But we dutifully signed the form, and the surgeon left.

The girls were speechless for a few moments, struck dumb by what they'd just heard.   Then they wanted to know ... were those things going to happen?  Could Hannah really be paralyzed, or become blind, or even die?  We assured them that the doctor had to tell us that stuff ... that those types of complications were certainly very rare ... that we were trusting God to take care of Hannah.

Shortly after that, our parents took Bethany home, promising to return first thing in the morning to sit with us through the surgery.  Brad and I both stayed with Hannah that night in her hospital room.  She did not want to go to sleep that night, so we laid awake and talked for a long time.  I remember assuring her that the hard part was building up to this surgery ... once that was over, they would give some good pain medication, and her only job would be to relax and rest.  I laid beside her in her bed and scratched her back until she finally drifted off into a fitful sleep.

I laid awake for a long time, thinking about how many people I had known through the years who had had brain tumors.  Most of the people who came to mind had done well ... their tumors were removed, they went through a little rehab, and they went on to live normal lives.  Certainly there were others ... but no, I wasn't going to think about them.  Hannah was going to be part of that first group.  She would be fine.
Written by The Sullivan Four at 10:46 AM