From Anger to Peace

This post is #188 in a series ... Through this series of posts I plan to share our family's experiences during and following our 17-year-old daughter's year-long battle with brain cancer, which began in February of 2008. My desire is to process through the events of that period from the perspective that a decade of time has brought ... for myself, really. But if you'd like to follow along, you're welcome to join me. 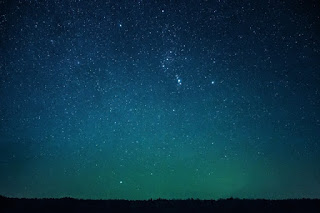 Before I begin today's post, I want to take a moment and express my gratitude to all of you who have been following my posts as I've re-lived the final year of Hannah's life through writing.  You have encouraged me and blessed me beyond measure with your comments and kind words.  When I embarked on this year of writing, my intention was honestly quite self-serving.  Writing is how I best process my thoughts, and I thought it would be helpful for me personally to think back through the events of that year through the lens of a decade.  I had no idea there would still be so much interest in Hannah's story after ten years, and it's been a bit overwhelming, yet humbly gratifying, to see how God continues to use her life to touch others.  Thank you for encouraging me and allowing me to continue to share.

Most families don't have the opportunity to prepare for their child's death the way we did.  We had known for a year that Hannah's cancer could be fatal, and even though we prayed earnestly for earthly healing, we knew from the beginning that God may choose to heal her in Heaven.  And, of course, we eventually reached the point where we knew her death was a certainty unless He dramatically intervened.

So in the final days of her life, we frequently discussed what her actual passing might be like.  We'd been assured that it would be peaceful ending when the tumors on her brainstorm caused her to simply cease breathing, and that's how we imagined it.  It would be a beautiful moment as we sang hymns around her bed, maybe even getting a glimpse of a smile on her face as she got her first peek into Heaven.

As you know from my post yesterday, this was not the case.  Hannah's last hours on this earth were not peaceful or beautiful.  I don't believe that Hannah was conscious of anything for the last several hours of her life and I an convinced that she did not suffer.  In fact, her soul may have already been in Heaven as her body struggled.  But those final moments were excruciatingly difficult for us.

When I went to bed that night, for the first time since Hannah's diagnosis I found myself angry at God.  Really God?  After all she had been through, as faithful as she had been, as much as she had suffered, why did it have to be so ugly at the end?  How could He have let this happen?  If anyone deserved the beautiful homegoing with a cappella hymns and peaceful smiles, surely it was Hannah!

I angrily complained to God into the wee hours of the morning.  Once I'd had my say, He very quietly reminded me: "My Son did not have an peaceful, beautiful death either."

The moment those words entered my mind, my arguments and complaints were abruptly silenced and I could physically feel His peace wash over me.  In the calm that followed, I was finally able to sleep.

The next morning, the three of us headed to the funeral home to make arrangements.  Choosing a casket just about did me in.  Walking into that hushed, dimly-lit room with caskets displayed like new cars on a showroom floor was one of the most unnatural things I'd ever experienced.  That is a decision no parent should ever have to do for their child.  But it must be done, and we did it, choosing a beautiful but simple oak container for our daughter's body.

We already knew the casket would remain closed for both the visitation and the funeral.  Hannah had attended a funeral with us not long before she was diagnosed and it concluded with the attendees filing past the open casket and looking down at the dearly departed loved one.  We had barely gotten out of the funeral home when she declared, "I wouldn't ever want people to walk by and look at me like that when I'm dead!"  She was quite adamant about that, and knowing her personality like we did, we knew she meant it.  Knowing this about her, and aware of the fact that she looked nothing like most people remembered her, there was never any question.  The casket would be closed.

My email from ten years ago ...

"Now we know that if the earthly tent we live in is destroyed, we have a building from God, an eternal house in Heaven, not built by human hands." 2 Corinthians 5:1

We are so thankful for the seventeen years we had with Hannah here on this earth, and are looking forward to our reunion with her in Heaven. God is good, all the time!

Jill, Brad, and Bethany
Written by The Sullivan Four at 6:51 PM