This post is #139 in a year-long series ... Through this series of posts I plan to share our family's experiences during our 17-year-old daughter's year-long battle with brain cancer, which began in February of 2008. My desire is to process through the events of that year from the perspective that a decade of time has brought ... for myself, really. But if you'd like to follow along, you're welcome to join me. 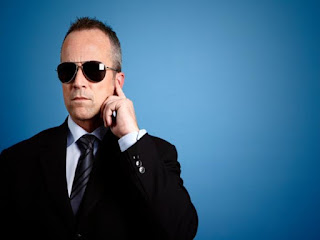 We were officially "home" from the hospital, but that didn't mean we got to stay home!  We were still making every-other-day trips back and forth to Little Rock for bloodwork, platelet infusions, and other appointments ... but at least we were sleeping in our own beds every night, and for that we were thankful!

Though Hannah's ANC was rising, she was technically still in isolation due to her low blood counts.  In spite of this, we made the decision to attend one of Bethany's basketball games together as a family.  We sat by ourselves in an empty area of the bleachers.  Several well-wishers came by to speak to Hannah, and that was great, but we didn't allow them to come within more than a few feet of her.  We joked that we were her "secret service agents."  She cheered for her sister, enthusiastically consumed a Frito pie, and enjoyed a few moments of near-normalcy that evening.

Now we just needed her counts to rise high enough for her to start her new chemotherapy treatments.

We went to Children's Hospital today for a bloodwork check, and were excited to find out that Hannah's ANC (immunity level) has risen to 406! This is a terrific jump, considering that it was just 144 on Monday. Her platelets had dropped down to just 8,000, so she did need a platelet infusion today. We also found out when we got there that they had not properly capped her PICC line when we left the hospital on Monday, leaving it subject to infection, so as a precaution they gave her two IV antibiotics (the same ones she received in the hospital) and did some blood cultures to make sure no infection had set in. So we ended up spending most of the day at Children's Hospital. We did have an appointment at CARTI (where she got her radiation treatments) also, and her doctor there really didn't have much to say ... we are not scheduled to return there for another three months. We will return to Children's on Monday, and may start chemotherapy ... it will all depend on her blood counts.

Hannah is feeling much better today...her throat pain is virtually gone, and she is feeling much stronger. So much so, in fact, that the three of us went together to watch Bethany's junior high basketball team play tonight. Her immunity is still quite low, so we were very careful to sit away from the crowd and kept people at a distance. Her friends and teachers were all very happy to see her ... lots of people wanted to hug her, but Brad and I acted as her "secret service" and didn't let anyone get too close. She enjoyed her time out so much, and is really getting excited about the possibility of returning to school soon. You know she's feeling better when she's ready to go back to school!

Thank you so much for your prayers ... please continue to pray that she can start chemotherapy as soon as possible, and that the side effects from this new treatment will be minimal. We have so much to be thankful for ... and God truly is good, all the time!

May the God of hope fill you with all joy and peace as you trust in Him, so that you may overflow with hope by the power of the Holy Spirit. Romans 15:13

Jill and Brad
Written by The Sullivan Four at 7:31 PM