This post is #87 in a year-long series ... Through this series of posts I plan to share our family's experiences during our 17-year-old daughter's year-long battle with brain cancer, which began in February of 2008. My desire is to process through the events of that year from the perspective that a decade of time has brought ... for myself, really. But if you'd like to follow along, you're welcome to join me. 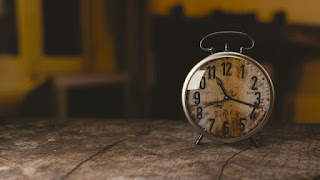 The summer of 2008 continued to roll along quite uneventfully.  I never knew that life with cancer could be so ... mundane.  But we  certainly seemed to be in a lull period of this battle.  Low blood counts resulted in delay after delay in treatments, and we were enjoying the reprieve.  Of course there were always the niggling thoughts that cropped up in the back of my mind ... how might these delays in this battle impact Hannah's long-term health?  What if the lack of timely chemo treatments resulted in her cancer's return?  But then I would look at her ... feeling so well and enjoying her life, and those thoughts would be temporarily squelched.

My email update from a decade ago today ...

Time for our weekly update! Hannah had bloodwork yesterday morning in Hot Springs and the results were mixed. Her platelet count was up slightly, which is good, but her other counts (red/white blood cells, iron level) had all dropped somewhat. I talked to the oncology nurse at Children’s Hospital this morning, though, and she didn’t seem to be concerned. Apparently, this is to be expected. So, we will be postponing the chemo for at least another week, probably two.

The good news is that Hannah is feeling really good, and is looking forward to at least another week of being treatment-free! When we saw the doctor at Children’s last week, he told us that they will decrease the amount of Temodar in this next round of chemo from 340 to 300 milligrams, since the last round was so hard on her counts. He also prescribed a different anti-nausea medication that he believes will help her not feel so sick when she does have to take the Temodar again.

Hannah’s current treatment plan calls for her to have an MRI every two months, and her next one is scheduled for July 21st at Children’s Hospital. MRIs always make us a little bit apprehensive, so it will be nice to get that behind us. In the meantime, we are thankful that Hannah is having a relaxing, enjoyable summer, and is feeling so well.

Thank you again for all of your prayers…your love and concern for our family has just been amazing! God truly is good, all the time!

Jill and Brad
Written by The Sullivan Four at 4:11 PM