Well, it's been a looooong time since I've written here, hasn't it?  There's really no reason for that, other than I've just been very busy!  Not the kind of busy that I used to be when Bethany was still at home, running from basketball game, to track meet, to softball field, but busy nonetheless.  My busy-ness these days is due to the rapid growth of the While We're Waiting ministry, which I'll discuss in another post.  It's a good kind of busy, but the blog is what seems to take the back burner these days. 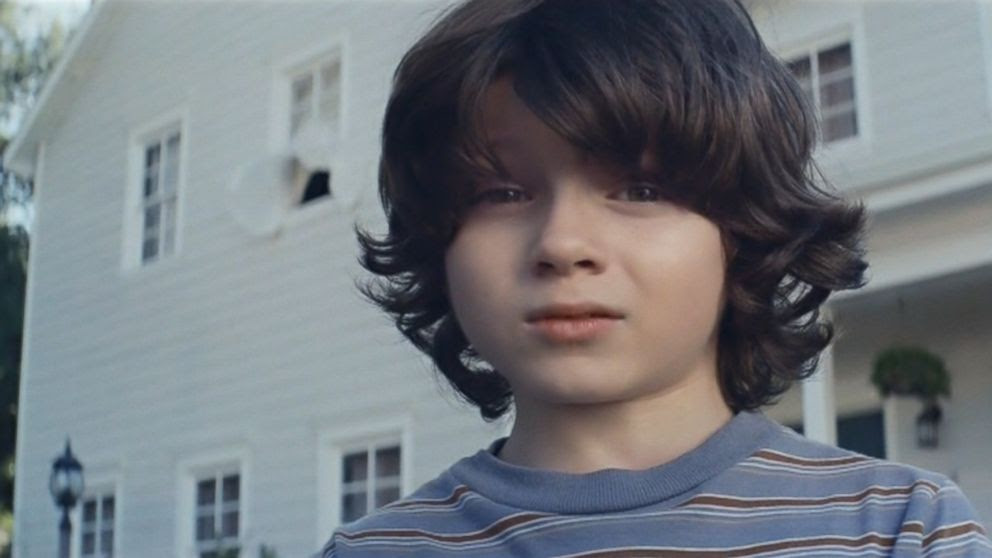 But after last night's Super Bowl commercial for Nationwide Insurance, I just had to squeeze in a few minutes to write my thoughts this evening.  Did you see it?  It features a little boy, and sucks you right in with cuteness.  The kid is talking about all the things he's not going to have the opportunity to do, like learn to ride a bike, get "cooties" when a girl kisses him on the bus, travel with his best friend, or get married.  Then he says he won't get to do all these things because he's dead due to a household accident.  The ad then shows a very full bathtub, an open cabinet under the kitchen sink, and a large television which has fallen over, presumably on a small child, and informs us that preventable accidents are the leading cause of death in children.

For a few moments, my mind couldn't even process what I had seen.  Did I misunderstand something?  Did I really hear what I thought I heard coming out of that kid's mouth?  Surely not!  No reputable company could possibly be that insensitive to families who may have experienced the loss of a child!  I could literally feel my heart break into a thousand tiny pieces as I knew the pain this commercial would stir up in the hearts of so many.  I  had trouble sleeping last night and the icky feelings brought up by this commercial have stuck with me all day today.

Here are a few of my random thoughts ...

I don't need to be reminded (during the Superbowl, of all times!) of all the experiences I'm missing out on with Hannah.  Yes, I got to see her learn to ride a bike, but I didn't have the opportunity to see her go to college with her best friend, and I will never celebrate at her wedding.  Shoot, I can't even watch the Super Bowl with her.  I have not forgotten that I'll never experience these things with her.  I live with that knowledge every day.

BUT, these are experiences I'M missing out on ... Hannah is not missing out on a thing!  That poor, pathetic kid in the commercial (what parent would agree to have their child play that role?) made it appear that because he was dead, he was missing all the fun stuff.  Nothing could be further from the truth.

I also didn't need to be reminded that children die, often in what the world calls "accidents."  Because of my role in the While We're Waiting ministry, I literally spend hours every day interacting with parents who have lost children.  Sometimes I think I have heard every possible horrific way a child can lose his or her life.  Believe me, it gets heavy.

BUT, I believe with all that is in me that God is sovereign, and that He has appointed the number of days each of us will live before we are born.  Psalm 139:16 says, "Your eyes saw my unformed body; all the days ordained for me were written in your book before one of them came to be."  And Job 14:5 says, "A person's days are determined; you have decreed the number of his months and have set limits he cannot exceed."  Therefore, the word "accident" seems to be misapplied here.  The 17-year-old son of one of our WWW board members drowned in six feet of water a little over a year ago.  This dad does not refer to what happened as an "accident", but rather the "incident" by which his son was taken to Heaven.

My daughter did not die from an "accident", but from cancer.  And even in that situation, Satan still whispers in my ear from time to time that it's somehow my fault that she is no longer here with us ... If only we'd discovered her tumor sooner, or gone to a different hospital, or tried a different treatment, or had more faith, etc., etc.  Satan is the father of lies, and I don't know a single bereaved parent who is not engaged in a daily battle with him.  This commercial, which referred to "preventable accidents" plays right into his hand.  Who's supposed to prevent them, if not the parents?  I've talked to so many parents who are so heavily burdened by guilt, they can hardly breathe.

BUT, the power of life and death is not in our hands.  As a parent, there is nothing I could have done to extend Hannah's life even one day past February 26, 2009.  If it wasn't brain cancer that took her to Heaven, it might have been one of those "preventable accidents."  God's purpose for Hannah was fulfilled in the number of days He gave her. I will NOT listen to the lies of Satan and accept any responsibility for her death.

Nationwide has issued a statement saying that this ad was not an attempt to sell insurance, but rather to bring awareness to the issue of child safety.  Eh.  Maybe.  If it was an attempt to sell insurance, it was clearly an epic fail, as I've seen a number of people today stating that they'll NEVER do business with Nationwide ... and I would include myself in that number.

BUT, here's the thing ... It doesn't matter who you buy your insurance from, no amount of insurance can prevent your death or guarantee you an eternity in Heaven when you die.  We can try to create our own insurance by going to church, or being a good neighbor, or donating money to worthy causes ... but unless we have a relationship with Jesus Christ, that stuff means absolutely nothing.

If this commercial causes you to seriously consider where you're going to spend eternity, then maybe it wasn't such a failure after all.

Written by The Sullivan Four at 9:27 PM

Miss Jill, That was awesome!!!!

Thank you, Will and Judy ... Just sharing what's been on my heart for the last 24 hours. Love both of you!

Wow...such wisdom. Saying an extra prayer tonight for you and your ministry knowing that God is working in you to reach and help so many in pain thru Him. This blog is definitely one of His many avenues.

Jill, I never cease to be amazed at the wisdom you have (which you always insists comes straight from your Lord and Savior). Every word you just said is over the top with wisdom and was so comforting and healing to so many broken hearts done by this senseless commercial. I can handle well meaning people saying the wrong things, mistakenly thinking they are "comforting" me, but for all involved in this commercial. . .what were they thinking??? I am so thankful you were born for such a time as this, and are showing us all in so many ways what the heart and hands and feet of Jesus is like, as He flows through you so beautifully!

Thank you for speaking truth Jill! May the Lord receive all the Glory while we wait.....

Thank you for speaking truth Jill! May the Lord receive all the Glory while we wait.....

May your message of truth be shared with many. Well thought out and well written. Trusting alone in Christ.

Thank you all so much for your kind words. To God alone be the glory. I'm just thankful that He allows me the privilege to be a part of this ministry. It is truly a blessing.

Thoughts for the day said...

I thought it was an odd commercial too, infact most of them were strange in my mind. Other than the cute little puppy one.
I am sorry it stirred some many feelings for so many people. I do feel it was very insensitive especially during a football game, on the other hand if it caused a parent to say, "oh where is my child?" at the moment of watching the game then maybe it brings a perspective of your children are more important than the partying and a game on the tv. does that make sense? I did not like the theme of most of all of the commercials this year... there was an undercurrent of message. I am sorry it stirred so much for so many.

Wow, alot to think about. As a believer, one with friends who have lost children to cancer and accidents, I really appreciate your eternal perspective. And the hope that the ad moves people to think about mortality. (during a time in my sadness after attending a child's funeral, God reminded me that Becky wasn't missing anything, from her perspective - quite the opposite).
As a spouse married to a safety professional, I see the lack of awareness that so many people have, esp with their kids. If you were to mention something to someone, like a person driving with a 6 year old in the front seat, you become a target for their anger. So, I appreciate that Nationwide took this conversation to a whole new level with the commercial. I hope that the conversations with be productive and not just ranting.
This link my be of interest to some of your readers - Nationwide invited CNN to observe their process to deciding which commercial to air - and why - before they even made the decision.

To "Thoughts for the Day" and "Anonymous" ... Thank you so much for adding your perspective to the conversation. I, too, am saddened when I see parents who are neglectful or inattentive when it comes to their children, especially when I talk to moms and dads every day who would gladly forfeit their own lives so that their child might live. And you're right ... I become angry when I see parents consciously engaging in behaviors that put their children at risk, such as driving without having their small child properly restrained in a car seat. However, it was just so insensitive to parents who have lost children ... ripping the scab off a still-bleeding wound for many. The fact that they invited CNN to film their decision process makes it clear that they knew they could potentially be headed for trouble with this one. It seems they could have communicated their message about the importance of child safety in a less hurtful manner.

You are right on Jill!! I'm gonna copy this blog and read it once a week - maybe every day for awhile. Awesome!!

Thank you, Joni! I'm glad it was a blessing to you!

You are exactly right! I was actually watching the Superbowl with someone that did lose their child in an accident and I honestly thought I was going to throw up. As if the world wasn't hard enough to navigate, having someone throw this in our face during what is supposed to be a fun time just seemed... I don't even have a word for it.

Jill, thank you so much for your post. You and your family have been such a blessing in my life thru your testimony, faith, and commitment to the Lord thru your journey. I hope you know how many people you have blessed. Paula Andrews