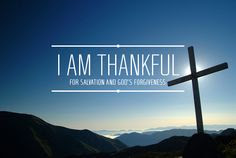 As a school-based speech pathologist, I spend a lot of time walking students to and from my classroom.  At regular intervals throughout the day, I show up at various teachers' doors and say, "Time for my group!"  The kids jump up and join me in the hallway, all of them excitedly jabbering about some story they want to tell me.

One Thursday morning a couple of weeks ago, I called for my usual group of four kids from one of the second grade classrooms.  As soon as one of the little girls stepped out into the hallway, she excitedly told me, "Mrs. Sullivan ... I got saved last night!"  She said it so quickly, I really didn't catch what she said, so I asked her to repeat herself.  Her blue eyes literally glowed as she told me again, "I got saved last night!"  Oh, what a thrill!  I gave her a big hug and told her how proud I was of her for making such an important decision.  I loved how excited she was to tell me.  It was obvious that she'd been waiting for me to show up at the door just so she could share her good news.

The next week, I was walking that same group back to their classroom after our session and we passed one of the teacher's aides in the hallway ... someone that this little girl doesn't see every day.  She immediately stopped and called out the aide's name and said, "Guess what ... I got saved!"  That teacher also gave her a big hug and told her how happy she was for her.  This was clearly a big deal to her. I was impressed .... and a little ashamed.  This little girl was telling everybody she knew about what had happened in her life.  She was a far better witness for Christ than I usually am.

The following week, she told me that she had gotten baptized, and she asked me if I had been baptized.  When I told her I had, she grabbed my arm and hugged it, saying, "Now we're sisters in Christ."  My heart absolutely melted.  What joy this little girl had!

As I thought about this little girl, and what I believe is a true salvation experience for her, my heart was so happy.  This child does not come from a good home situation.  In fact, she told me something earlier this school year that caused me to go visit with the school counselor about her.  She is only in second grade.  I have no idea what she might encounter in the years ahead, but I suspect her life won't be easy.

But here's the thing.  Because she has Jesus in her heart, this little girl can face whatever lies ahead.  No matter what her future holds, she won't go through it alone.  I pray that she continues to hold fast to her faith as the years go by.

This little girl reminded me of another little girl who was saved and baptized about fourteen years ago.  And because of the decision she made at that time, she was able to face a diagnosis of terminal cancer at the age of sixteen.  She never got angry, she never asked why, and she never lost her faith as she engaged in a year-long battle for her life.  And because of that decision to follow Christ, she stepped into Heaven when that battle ended.  And because I made the same decision when I was a little girl, I will see her again one day.

And that is why, in this week of Thanksgiving, I am thankful for salvation.

Written by The Sullivan Four at 7:40 PM

you guys continue to inspire many!! praying for blessings for your family this Thanksgiving!!

Thank you so much, Tammy and Kelle! Wishing you all a wonderful Thanksgiving and Christmas season!

.... Thank You Jill. I hope you all had a Happy Thanksgiving. Wishing you and your family a Merry CHRISTmas Season toooo :)